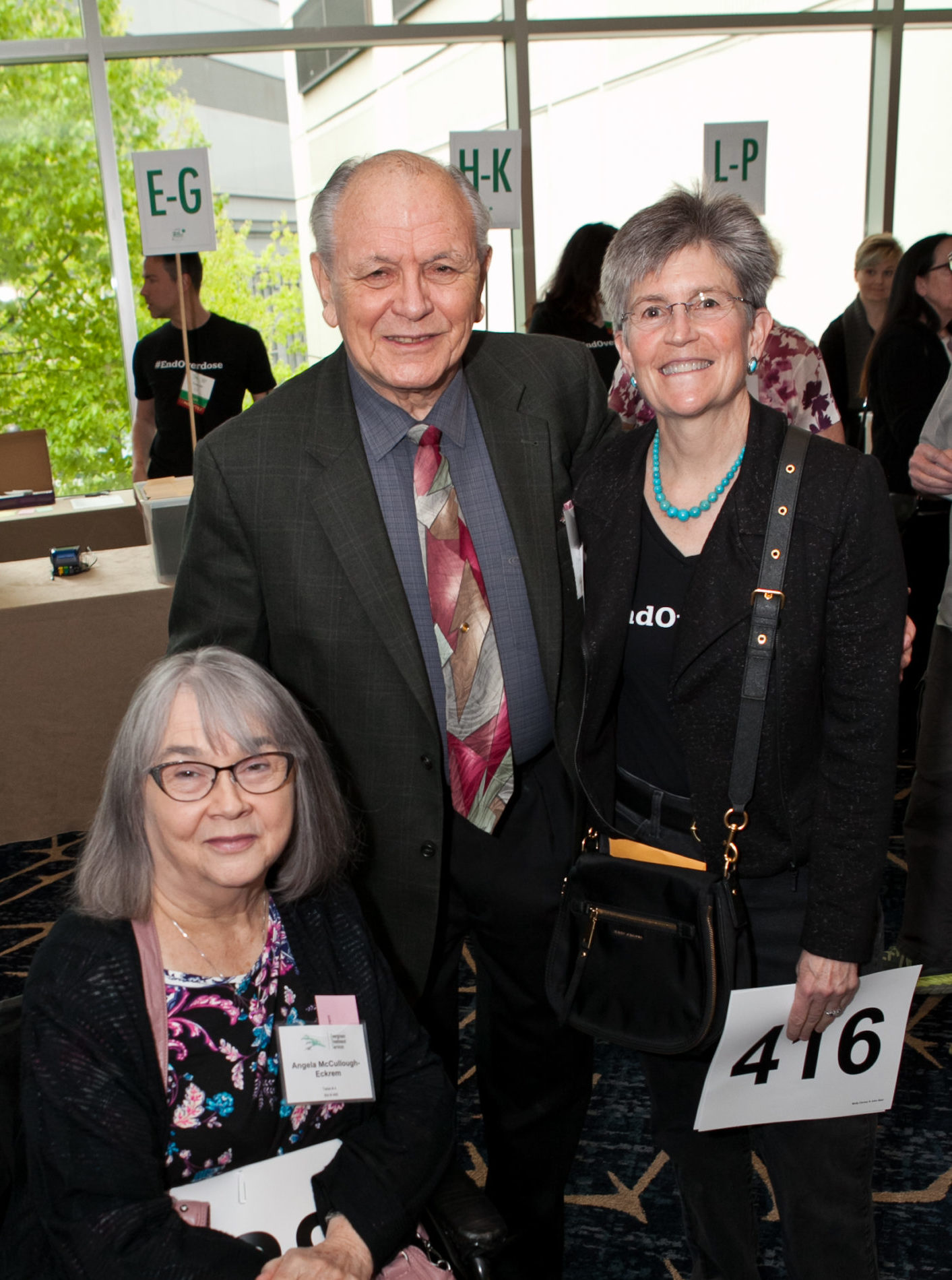 After 33 years of serving ETS, Board Member and former Administrative Director Jack Eckrem is retiring. We sat down with Jack and asked him a few questions about his time at ETS and his hopes for the organization’s future.

What is your background and how did it lead to you joining the board of directors?

Before starting at ETS, I served in the United States Air Force from 1961-1984. I started as an enlisted person, later became commissioned as a Medical Service Corp Officer, which was health services and administration. I ran hospitals and medical service programs and worked as an advisor to the Iranian Air Force Surgeon General.

Throughout my time in the Air Force, I gained some experience with chemical dependency and administered the Consumer Health Education Program in the Surgeon General’s office. I did some work with what was then called Air Force Social Action who handled drug and alcohol treatment and I developed an interest in the field.

After the Air Force, I worked for The University of Washington Medical Center. I joined ETS after seeing an ad in the Seattle Times for “an administrator for a nonprofit.” At that time—and still now but to a lesser extent—medication-assisted treatment was heavily stigmatized. I didn’t learn what ETS did until I showed up for the interview.

What are some of Evergreen Treatment Services’ biggest accomplishments while you were employed at ETS?

There were so many exciting accomplishments over the years!  One that sticks out is when we opened the South Sound Clinic in Lacey, but it was also exciting when we launched the mobile dispensary program. I actually went to Baltimore to see an operational mobile clinic and learn from them. What started out as a 32 foot, Class A Motor home is now a full treatment center on wheels.

Then of course there’s REACH, which started as a team of only four people, two of whom are still with the team today. I want to give recognition to Kelly Craig, Chloe Gale, and former ETS Executive Director Ron Jackson, for their hard work and commitment to the program, without them, REACH would not be where it is today.

What did you see as your role on the board?

Just as I was getting ready to retire, I joked to Ron Jackson about joining the board and ultimately joined the day after I retired. Initially, I felt as though I didn’t have to be a leader on the board, but the departing Board Chair called me in and said, “Jack we need you to do the job, nobody knows the organization as well as you.” So I did it. I later served as the treasurer and vice chair of the board.

I often said in the Air Force, people in the military want to be out of business—we don’t want there to be any threats to defend the U.S. against. At ETS, we feel the same way about drug and alcohol treatment. I wish we could close our doors, but unfortunately, substance use is a growing challenge.

What hopes do you have for ETS in the coming years?

Other than hoping to put ourselves out of business from our own success, I hope that our research section continues to thrive and expand. Betsy Wells, our previous board president was the research director for several years and conducted a number of research projects that enhanced the treatments we offer our patients.

We did a lot of research through the University of Washington and the University of Southern California, and the Clinical Trials Network. I’d really love to see these studies continue so we are informed about the direction the industry is going. I feel strongly that we need to stay up to date with the cutting-edge types of treatment and the successes they bring.

What challenges and opportunities does ETS face?

Well, it’s been 33 years of challenges, but over the course of those 33 years, our type of work has become more acceptable and more successful. In general, physicians didn’t get a lot of training or education on drug use and frankly a lot of them don’t understand addiction.

There’s also the issue that seeking treatment for drug use is highly stigmatized. ETS used to be where home plate is now at T-Mobile Park. I used to look out our storefront and see the treatment line wrap around the block. That meant that anyone who wanted treatment had to stand out in public at 6:00 am every morning, advertising to passers-by that they struggled with addiction. Despite what we now know about the prevalence of this challenge and how it affects people across socio-economic lines, people face incredible stigma in getting support.

These stigmas are changing. It is becoming more acceptable to talk about addiction. We no longer have the same conception of what type of people struggle with substance use. A county commissioner once asked me, “How can you tell who uses drugs?” And I said, “Look at the person next to you.” It could be anyone; it doesn’t go by social class. It could be your next-door neighbor or your daughter, really anybody. I’m thankful more people are looking at it as a disease or condition now instead of as a moral failure.

Oh wow, well I have so many stories. One of the things we did when we moved from 1st Avenue South to Airport Way in 1997, we allowed the patients to come into the new facility which was significantly nicer than the previous one. I remember standing next to a young woman who said “I don’t deserve this” and I said, “Of course you do, you deserve a good life and you deserve to be treated with respect.”

Something to remember is if these people don’t walk in the front door looking for help, we don’t have jobs. They’re not here to serve us, we’re here to serve them, and that’s been my philosophy in healthcare for over 50 years. It should be a privilege for us to serve them and make their lives better. That’s the general philosophy I’ve lived with for a long time and overall, it’s been really rewarding for me. I hate to stop, but I figured it was a good time.