“It’s His Choice.” — Supporting Clients Through Success and Setbacks 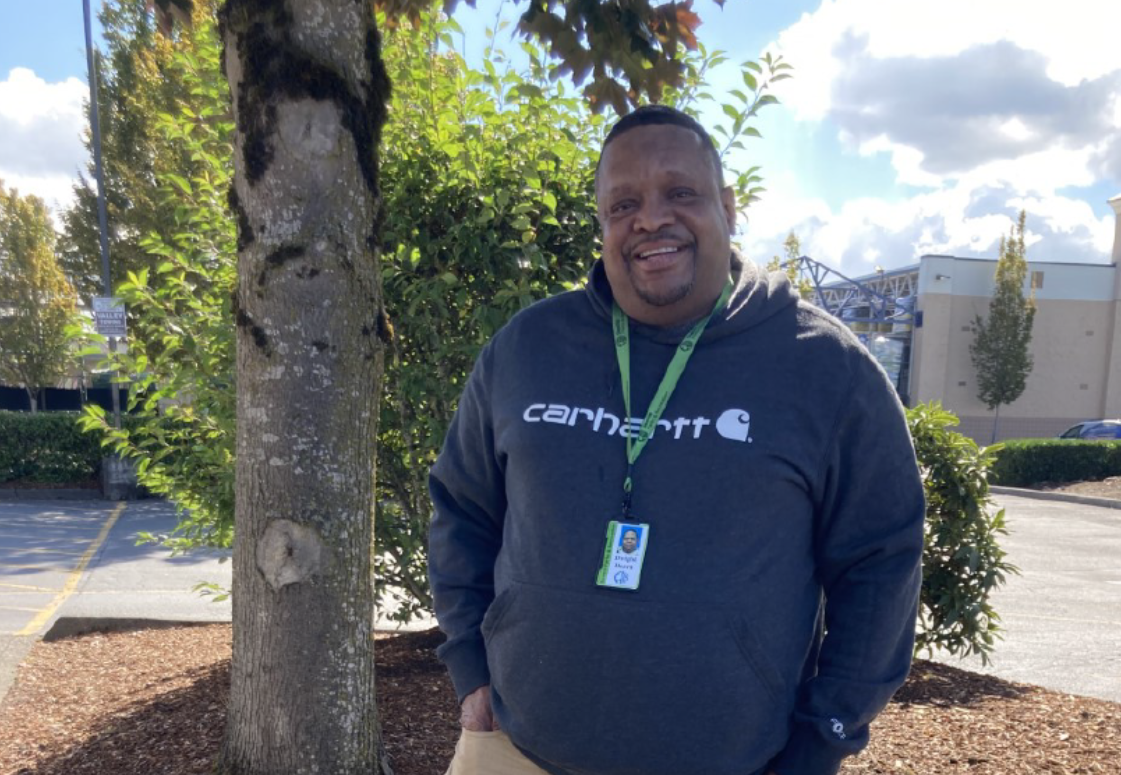 “It is absolutely Dwight’s choice, because he knows the hardship of having a substance use disorder and the barriers this has created in his life.”

Febben Fekadu has worked with Dwight for eight months. In that time, she’s heard his stories of successes – and setbacks – as he battled substance use disorder. She’s also seen how hard he works to maintain recovery.

For more than 25 years, Dwight struggled with cocaine use. In 2013, a police officer referred him to Seattle’s diversion program after repeated offenses.

“The police officer said, ‘I have an amazing program for you that’s going to support you. And it’s called LEAD.’ They diverted him to the program,” Fekadu said. LEAD stands for Law Enforcement Assisted Diversion. It operates through a unique coalition of law enforcement agencies, behavioral health providers, prosecutorial partners, and community groups. REACH provides the case management and access to services that are the backbone of the program.

“The LEAD program came through. They offered housing, healthcare, and school,” Dwight said reflecting on the program. “They help you get your life back.”

While in the LEAD program, Dwight decided he wanted to stop using. From there, he was referred to a case manager at REACH who supported him on his journey. That support was instrumental; at the time, he hadn’t used drugs or alcohol for an entire year. He got a job with the city doing park and recreational work.

“REACH supported him and helped him get into housing,” Fekadu said. “He’s been living on his own, paying rent, and avoiding substances.”

Then, the COVID-19 pandemic disrupted his progress. His medical provider said the virus could have serious implications for his current health conditions and suggested Dwight quarantine. He listened and isolated himself – avoiding work, people, and his community with whom he had worked hard to establish and re-establish relationships.

“Not having that structure caused him to relapse for the first time in nearly eight years,” Fekadu said. “During that time, we were there by his side, supporting him.”

During this time, he got a DUI. REACH continued their familial support, providing Dwight with financial help as he worked through the court system.

“He had to pay the city of Auburn $500 and he had to miss work multiple times just to meet all of his court obligations,” Fekadu described. “If REACH wasn’t there to support him around different financial burdens, he would have faced more jail time. It would have been this continuous cycle where he would not have been able to continue towards stability and his goals.”

During this ordeal, Dwight once again committed to stop using drugs and alcohol and REACH helped him get into treatment once more. He’s been drug-free ever since. “Ultimately, he knows that it is his choice because it’s his life,” Fekadu shared. “He knows that REACH is not going to pressure him one way or another. We’re going to support him. We’ve built a community together, and it’s been really beautiful.”