“This place saved my life” 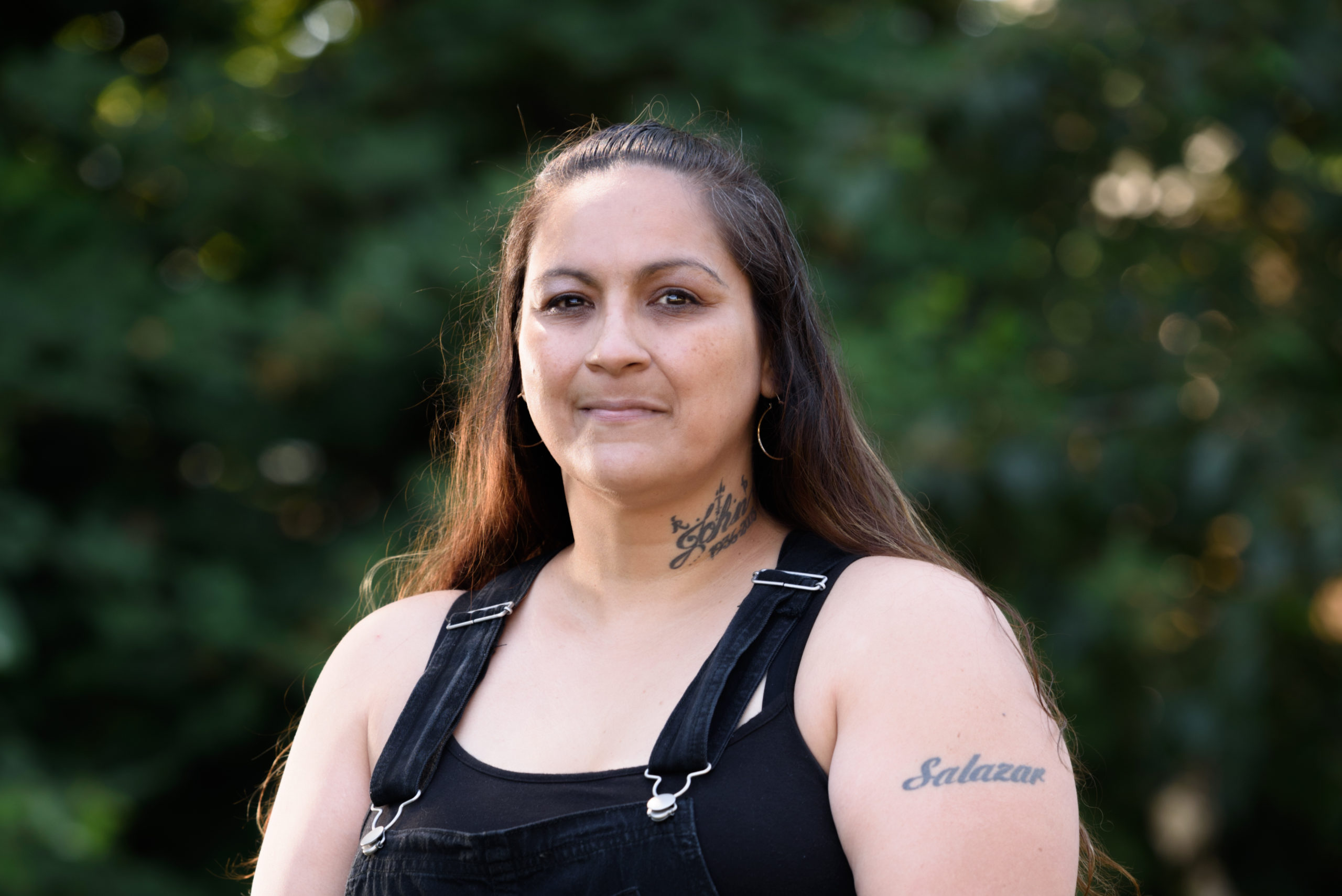 All of our patients have a story. We recently sat down with Sherry to hear the story of how she overcame the traumatic events of her early life to become an advocate for treatment and a resource for others in her community.

Sherry was born right here in Seattle, Washington, in the Highpoint neighborhood. She was raised in a large family with seven sisters and three brothers, and she suspects she has more siblings she hasn’t even met! Her family struggled with drug and alcohol use for Sherry’s entire life. After her mother and father separated when Sherry was only 1 year old, her mother remarried, and the environment became even more dangerous.

As a young girl, Sherry remembers her mom and stepdad throwing parties in their house where she was first exposed to cigarettes, alcohol, and drugs. When Sherry was eight years old, a man was stabbed in her home. The family was put into a witness protection program, but that didn’t put an end to the danger they faced. Sherry and her siblings were regularly physically and sexually abused by the adults in their lives.

“I had my first cigarette and joint when I was eight. This was after my mom’s boyfriend had been touching me. One night, my mom was passed out on the table and I saw this joint next to her. I grabbed it and thought, well if they can do this, I can do it too. I don’t want to feel this shit. I knew it was not normal, letting this predator in our home, and as the smallest and the quietest, I was the target. I needed an escape.”

Sherry was introduced to opioids at the age of 15. “My sister’s husband introduced me to my husband when I was 15 years old. He was a 27-year-old meth and heroin dealer, and, as a young girl, I didn’t know any better, all I saw were the flashy limousines, the elaborate parties and the glamorous Mexican dresses, so we got married. And then I got pregnant.”

Sherry and her husband eventually moved in together. Walking into the first story bathroom, Sherry saw a crack in the floor board. She picked it up and was shocked to find bricks of heroin. She was enraged and confronted her husband about the drugs.

Shortly after, her husband was arrested and Sherry and her two young children were on their own. They went from house to house, staying with family members and she continued to use. When her sister started taking care of Sherry’s children, she began using even more.

“I noticed my life was in shambles. I didn’t care if I lived or died. It all got worse. I started drugging and drinking and just hated everybody. I joined gangs to feel love and acceptance, to feel something.”

After years of seeking help but not being able to overcome trauma and break free from her use, someone handed Sherry an article called “An Interview with Addiction.” It is a dialogue between the substance and the person who is using. At one point, it reads, “I’ll take everything from you. You’re only going to love me.” Sherry recognized this feeling and she realized she needed help.

Sherry’s niece, who also was a patient at ETS before tragically passing away from health complications, referred her to the Seattle Clinic. Sherry tried to get started at ETS multiple times, and each time her niece was right there by her side, encouraging her to keep trying. It was not until Sherry met ETS counselor Colleen Stephens that treatment finally stuck. The combination of support from her niece and Sherry’s relationship with Colleen ending up being the critical components.

“I don’t think I’d still be standing here if it weren’t for ETS, my family, my kids and Colleen. Colleen has been a big part of this journey. There is something about this lady. She doesn’t talk at you, she talks with you, she listens and she doesn’t judge.”

Colleen helped Sherry peel back the layers and break down the walls that had built up around her over the years. According to Sherry, Colleen helped her open her eyes.

“Now I can see what’s going on here. I see that people do deserve second and third chances. I got them, why can’t other people have multiple opportunities? That is what inspired me to start doing these little stands around my neighborhood, South Park.”

For the past few years, Sherry and her family have been dedicated to mutual aid efforts in her community. They take food, clothes, whatever they can provide and stack them in stands for community members in need.

In addition to her mutual aid activism, Sherry is a volunteer at many of her local community organizations including at her local senior center and with an outreach group for kids. Sherry is inspired to do whatever she can to help people. Whether that’s through donating things from her house to preparing food for people who are homeless, she is healing through helping others heal as well.

“My goals are bigger now, and my whole thought process is different. Now, I want to know what tomorrow will bring, what next week will bring, what the next ten years will bring. One day I might even write a book. It would be a book of healing for myself and for my family.”